Turn to a Skilled Team of Attorneys

The Legal Guidance You Deserve 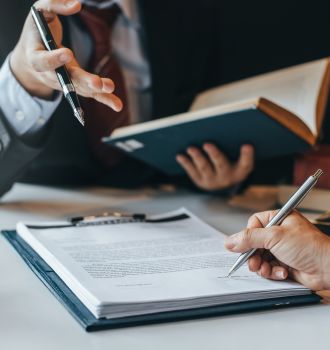 Roger is a former military officer and experienced trial attorney. He specializes in protecting the interests, freedom, and families of those that have been injured or find themselves in trouble.

Roger works tirelessly for the individual and small businesses, the backbone of our society that often get ignored and taken advantage of.

"I work to serve my community and provide each one of my clients with high-quality service."

Before opening the Doyle Law Office, Roger worked for a respected Northern Nevada firm as litigation counsel trying civil and criminal matters. He has clerked for two different judges in state and federal court. Mr. Doyle graduated with distinction from the University of the Pacific, McGeorge School of Law, and earned top honors in a number of trial advocacy specialties.

He is an active member of various legal associations helping promote access to justice for injured citizens. Mr. Doyle is a strong supporter of veteran’s legal rights and helped establish veterans’ courts in Nevada.

He is a member of the Nevada and California State Bar Associations and is admitted to practice in the state and federal courts of California and Nevada.